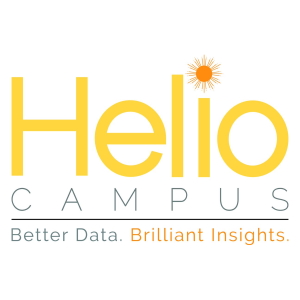 Following the 2008 recession, Frostburg State University, a Maryland institution of 5,300 students, experienced ongoing reductions in both admission and retention rates. To improve these rates and address unmet financial need among their students, the university turned to HelioCampus to build a data-informed financial aid strategy.

“We had a 77% retention rate from first year to second year,” says Frostburg State University President, Dr. Ronald Nowaczyk. “Of the students who did not return, about one-third had financial issues. Specifically, we needed to know how to position ourselves to be attractive and affordable to students with financial issues.”

Defining the Problem With Data

With an urgent need for answers to their recruitment issue, Frostburg partnered with HelioCampus in order to:

“We discovered that some of our losses were masked by a large growth in online students,” says Nowaczyk. They also discovered that students accepted by Frostburg were choosing community colleges over the university at a higher rate, a choice that suggested financial, rather than educational, motives. Two- and four-year colleges offering discounts were also seeing enrollment increases, offering more evidence that financial issues were driving these patterns.

The next step was determining how to leverage their financial aid to both recruit and retain students.

First, HelioCampus built out sample “yield classes,” groups of prospective students deemed likely to increase Frostburg’s enrollment yield based on GPA, tuition residency, and proximity to campus. By comparing these data points to financial aid offered and whether the student enrolled, they discovered that merit-based financial aid was not increasing enrollment, but that need-based aid was boosting enrollment by as much as 20%.

These results were unexpected. “By giving the medium group – a much larger group of students – just a little bit more money,” says Nowaczyk, “we saw significant increases. We could take the money that would not make any difference to the low-yield group, give it to the medium group, and have it be useful.”

Thanks to HelioCampus, Frostburg was armed with a more complete data picture. The next step was to uncover how to use financial aid more strategically. With their earlier discoveries as a starting point, HelioCampus built out three statistical models. These models aimed to maximize both net tuition revenue (a top priority) and yield (a secondary priority):

The first model predicted a ~3.5% increase in net tuition revenue from new freshman; the second model predicted a relatively flat revenue compared to Model 1, as revenue gains came at a cost of increased aid spending (but without any yield increase from Model 1); and the third predicted a smaller revenue increase, but with a healthy gain (almost 18% in the freshman class) in enrollment yield.

This final model allowed Frostburg to better understand the interplay between institutional financial stability and student success, providing a pathway for redistributing financial aid to align with strategic goals.

Moving Forward – Based on Data

With an institutional priority on increasing enrollment and retention, Frostburg is now actively distributing aid based on the third model. “We are getting even more granular with the data,” says Nowaczyk. “We were flying blind before. Now, working with HelioCampus, we have some what-ifs and modeling that is helping us move forward.”